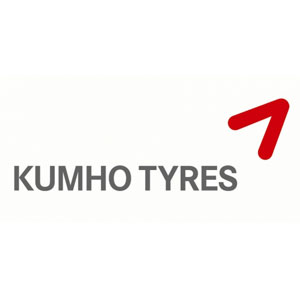 The Kumho HA31 was developed with Canadian winters in mind.

Kumho Tire U.S.A. Inc., one of the world’s leading tire manufacturers, is pleased to announce its partnership with the Buffalo Bills for the second year for the 2012-2013 National Football League season. As a part of this major sponsorship supporting one of professional football’s most-watched teams, Kumho Tires,  gives Bills fans the opportunity to take advantage of cost-saving rebates. Kumho Tire is recognized through the industry and by consumers for its product performance and durability. As a company, Kumho Tire aligns itself with partners that embody these qualities, which makes Kumho Tire a natural fit as a partner and sponsor of the Buffalo Bills. For more details on the Kumho Tires/Buffalo Bills partnership, visit www.KumhoTire.ca

“The Buffalo Bills’ dedication to excellence is an attribute Kumho Tire takes very seriously and this partnership is a great way for us to showcase our performance tires to loyal Bills fans,” said Rick Brennan, vice president of marketing, Kumho Tire U.S.A. We are happy to be the Official Tire Sponsor of the Buffalo Bills.”

ABOUT KUMHO TIRE
Founded in 1960, Kumho Tire has more than 50 years of history steeped in innovation in management, technical development and environmental awareness that has positioned the Company as one of the world’s top 10 tire manufacturers. Distributed in 160 countries, Kumho is dedicated to providing a top quality driving experience to consumers throughout the world. Headquartered in Rancho Cucamonga, Calif., Kumho Tire USA is the U.S. sales, marketing, product development and distribution arm of Kumho Tire Co. Inc. For more information on Kumho Tire USA, Inc. and its products, please visit www.kumhotireusa.com. Follow Kumho on Facebook.com/KumhoTire and on Twitter @KumhoTireUSA.

Kumho Tires recently honoured its 50th anniversary with celebratory events in the South Korean capital, Seoul, and at its factory in Gwang-ju. The company has come a long way since its foundation in 1960, with daily production rising from 20 tyres to 180,000 (or 65 million per annum) units from eight plants spread between Korea, China and Vietnam.

Fifty years may be a long time in business, but Kumho is nevertheless one of the youngest of the world’s top tyre manufacturers, which makes its achievements to date all the more remarkable. They include being:

Renowned for its innovation, Kumho is always exploring the boundaries of tyre technology and is, for example, one of only five companies worldwide qualified to produce and export aircraft tyres. Ever the developer of new automotive tyre concepts, it recently received two major accolades for its cutting edge laser etching process – Tire Technology International’s ‘Tire manufacturing and Design Innovation of the Year Award’ and an iF Product Design award.

Kumho also leads the field in the production of concept tyres for concept cars and its products have featured on such recent show stoppers as the Nissan Qazana and the futuristic Mazda Furai.

The company is a serious player in international motorsport and has been a world leading producer of tyres for F3 since 2001. Indeed, no less than 10 of today’s F1 drivers laid the foundations of their careers by competing and winning on Kumho’s slick racing tyres. Kumho can also boast a recent class win at Le Mans and a string of rally victories at both national and world levels.

The company long ago recognized the benefits of premium sports marketing and, in addition to its wide-ranging motorsport commitments, is in the fourth full year of its successful platinum partnership with the world’s most famous football club – Manchester United; the fruits of which include an innovative football skills and road safety campaign for young people called ‘Play Safer’.

Speaking at the Gwang-ju celebration event earlier this month, Jong-Ho Kim, the company’s CEO said, “We should look back with pride at our achievements to date and, based upon this, look positively towards the future and the successful accomplishment of the next 50 years.” He went on to thank employees of all levels for their contribution in making Kumho the truly global tyre supplier it has become.